The verdict is in…no phones before bed!

The verdict is in…no phones before bed!

Pupils at Weaverham Primary Academy have pledged to ditch their phones and smart devices before bed.

Research has shown that using the technology at the end of the day can cause poor-quality sleep, which is linked to a decline in mental health.

As part of the recent Children’s Mental Health Week, pupils at the school debated over whether smart phones should be used in their bedrooms before going to sleep.

And the resounding verdict was ‘NO’!

Now the Year 6 children have promised to shut down their screens earlier in the day.

Executive Head Teacher, Fiona Whittaker, said: “It was very clear from the arguments for and against, that mobile phones and smart devices should not form part of a night-time routine.

“We are delighted that the children formed this conclusion, and proud that they have taken it one step further with their pledge not to use them in their bedrooms.”

She added: “It is a tough decision for parents when deciding whether their child should have a mobile phone, but the evidence is very clear that their use, along with any other smart device, must be monitored.”

The debate was part of the Academy’s drive to empower pupils to achieve their very best.

The school, in Northwich Road, became part of North West Academies Trust (NWAT) in November and is already implementing the values which have made the Trust so successful.

This blueprint includes providing more learning experiences out of the classroom, as well using sporting events and residential trips to encourage a healthy lifestyle and broaden the horizons of pupils.

Before Christmas, there were excursions to an Imperial War Museum, the Lowry Gallery in Manchester, the Grange Theatre at Northwich and to Delamere Forest.

Ms Whittaker added: “We have made a fantastic start as a new school. The children are responding positively to the changes, and this is only the beginning. It’s a very exciting time in the school’s history.” 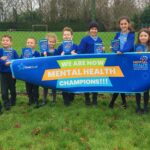 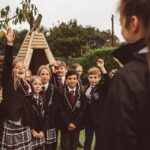 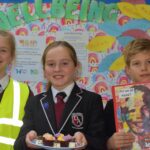 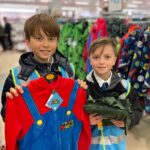 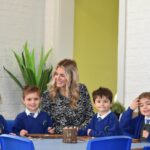