Rudheath Senior Academy pupils were in safe hands when Aston Villa and England goalkeeper Tom Heaton stopped by to dish out prizes at their annual awards evening.

Top performers at school were presented with their awards, before getting the chance to quiz the Chester-born Premier League player on everything from his rise to stardom, playing for Sir Alex Ferguson and the video assistant referee (VAR) system.

Heaton, 33, started out under Ferguson at Manchester United but played for a number of smaller clubs on his way to the top.

He was 30 before he made his full international debut, and Villa forked out £8m for his services last summer.

Headteacher Ana Roslan said:  “We were delighted to have Tom for our awards evening, he sets a perfect example to our students.

“His career has not been straightforward – he has suffered injuries and rejections – but through hard work and dedication has managed to reach the pinnacle of his sport.

“Tom gave a fascinating insight into what can be achieved through perseverance and commitment, and I feel he was a genuine inspiration to all the children. We’re very grateful he took the time to visit is.”

In November 2018 the Middlewich Road school joined North West Academies Trust (NWAT) – one of the highest performing trusts in the country.

Mrs Roslan added: “It has been joyful to see the transformation of our school and our culture.

“We have done so much this year, there have been trips to China and Barcelona, we have a new school choir, more sports clubs and many students excel at sports outside of school.

“Because they have engaged in this they are becoming the best versions of themselves, which makes me very happy.

“Huge thanks goes to the parents and families who support not only their children, but the Academy, as we strive for the very best.” 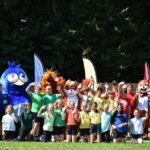 Sports day is back with a bang at Delamere CofE Academy 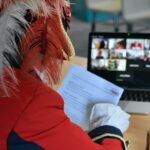 Pupils’ stunning stories are something to shout about! 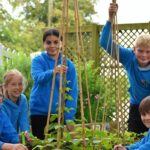 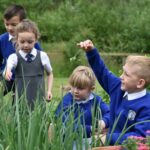